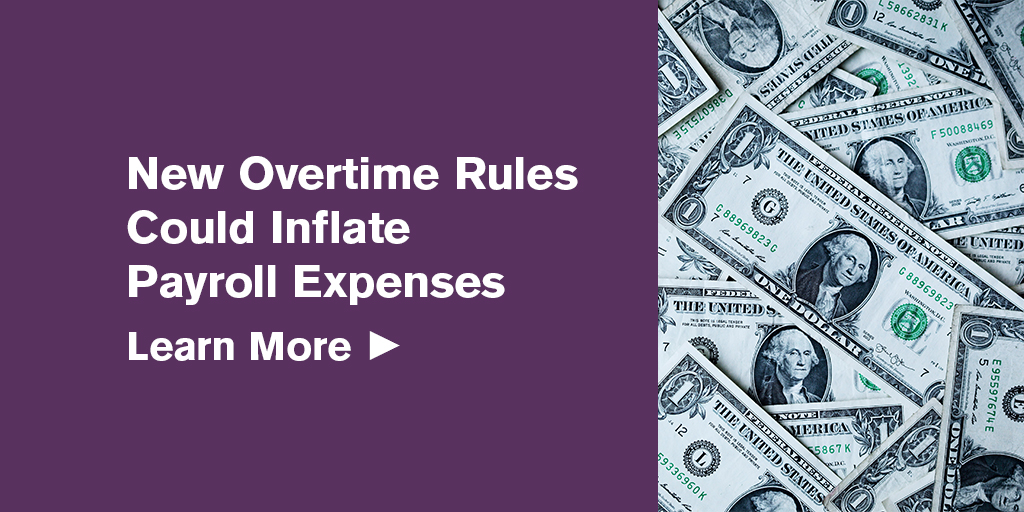 A proposed rule, issued by the U.S. Department of Labor (DOL), would update the overtime exemptions for so-called white-collar workers under the Fair Labor Standards Act. If finalized, the new rule could lead to higher compensation and payroll tax expenses for employers, including nonprofits.

What are the current rules?

Under the existing regulations, an employer generally can’t classify a white-collar employee as exempt from requirements for the payment of overtime compensation when working more than 40 hours in a week. That’s unless the employee satisfies three tests:

Certain employees (for example, doctors, teachers and lawyers) aren’t subject to salary basis or salary level tests. The current rules also provide a “relaxed duties” test for these “highly compensated employees” (HCEs) who’re paid at least $100,000 in total annual compensation and at least $455 in salary per week. Typically, these are employees who earn commissions, bonuses and other nondiscretionary compensation.

What changes are proposed?

Here are some highlights of changes proposed in the new rule. It would increase the standard salary level threshold to $679 per week, or $35,308 per year. If an employee’s salary exceeds this threshold, his or her overtime eligibility will then prompt the duties test. The proposal pushes up the total annual compensation requirement for HCEs to $147,414. HCEs also must make at least $679 per week on a salary or fee basis, excluding nondiscretionary bonuses and incentive payments.

Another change allows bonuses to be used for up to 10% of the total compensation during the analysis. This would have the effect of moving more people off the eligibility list, as their compensation would be higher.

The proposed rule doesn’t include automatic adjustments to the salary thresholds that were part of the regulations proposed during the Obama administration. Instead, the DOL suggests making updates every four years.

If your employees never work overtime, you don’t need to worry about the proposed changes. But nonprofits that have employees logging overtime have several options to reduce the impact if the proposed rule is approved.

For example, you might want to raise the salaries of employees who satisfy the duties test, earn a salary near the new threshold and often work overtime. The salary boost could cost you less than the overtime pay in the long run. You also could reorganize your workload distributions or revise employee work schedules to redistribute work hours that exceed 40 per week among current staff. Or you might hire new employees to trim or eliminate overtime hours of existing staffers.

Whatever direction you decide to pursue, remember that the proposed changes aren’t written in stone. While the Trump administration probably would like to implement it before the 2020 election, any new rule may face opposition and land in court. That’s what happened to the Obama administration’s proposed rule, which ultimately was halted by a federal court, days before it was to take effect.

Bear in mind, too, that you’ll incur more than just the increased compensation and administrative costs. Your payroll tax liability also will grow as you pay more to employees who work over 40 hours a week or higher salaries to retain exemptions.

Click here to learn how our HR and People Services group can help your organization with this topic.