Insights
Resources | Insights | How Startups Can Save Up to $250,000 on Their Payroll Taxes 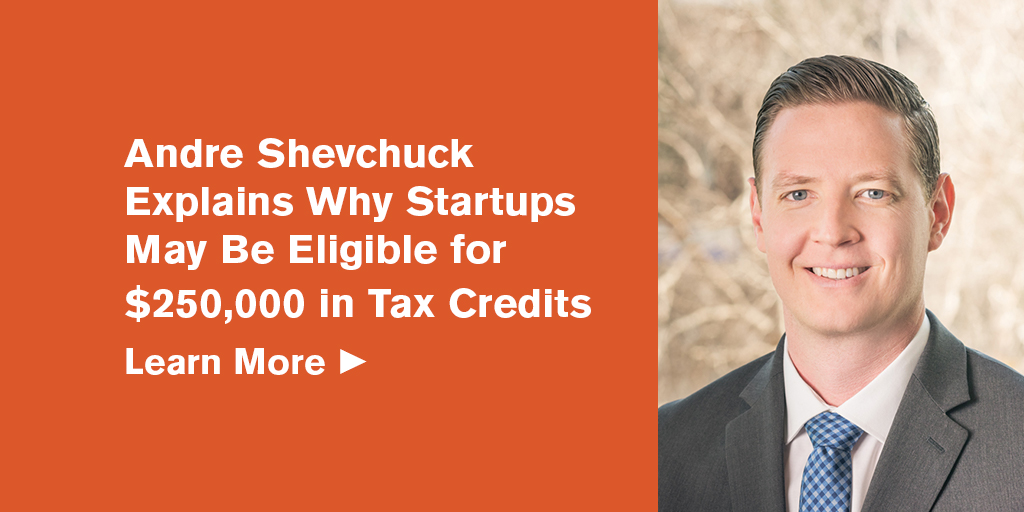 A little more than three years ago, and without much fanfare, Congress passed legislation that allows certain startup businesses to save as much as $250,000 on their payroll taxes per year.

The Protecting Americans from Tax Hikes Act of 2015, or PATH Act, was enacted in December 2015 and contains several changes to tax law that affect individuals, families and businesses. It also quietly expanded the usability of the credit for increasing research activities (henceforth referred to in this article as R&D credit).

Businesses — those who are aware of it, at least — have made use of this generous benefit for decades. Originally a temporary credit, the R&D credit was extended by Congress over 15 times due to its popularity before being made permanent through the PATH Act. Along with the making the credit permanent, Congress also enacted a provision that allows qualified small businesses, or QSBs (read: startups), to effectively get a refund on their Social Security payroll tax liability, if certain qualifications are met.

Employers, startups included, have numerous payroll tax obligations, of which Social Security and Medicare taxes are the most commonly known. For 2018, the Social Security tax, also known as OASDI, generally equates to 6.2 percent of an employee’s earnings up to $128,700. This tax is set aside in a concurrent fashion by both the employee and the employer, where the employer pays a matching contribution on a monthly basis. Payroll taxes can add up quickly when building a team with technical backgrounds in the Bay Area, and often catch founders and CFOs of startups off-guard.

In Congress’s view, a QSB — at least the kind that they are seeking to incentivize — is a business that has less than $5 million in gross receipts and does not have any income five years prior to claiming the payroll tax offset. For startups filing their 2018 income tax return, this means that they have less than $5 million reported as gross receipts on their tax return while also not having any income reported on a tax return prior to 2014. (Unfortunately, this means that even if your only income prior to 2014 [AS1] was interest income you’d still be disqualified.)

So the definition is somewhat restrictive, to be sure, but if your business does meet the QSB requirements, the opportunity can be huge — particularly for cash-starved startups, many of whom are clearly conducting R&D but commonly find themselves in a tax-loss position. While companies taking advantage of the payroll tax offset are most commonly found in the software development, fintech and life sciences startup spaces, the credit could apply to just about any business that meets the requirements of a QSB and is also conducting research and development in the eyes of the IRS.

To see how the payroll credit can be put to work, let’s consider a hypothetical Silicon Valley startup. In 2015, two would-be founders have an idea to create their own fintech startup. Eventually they get funding, and then get to work hiring a team. As the business is moving fast and growing, there is seldom time for navigating tax opportunities — especially when the company is initially operating at a loss.

By 2018, the company has 15 employees and less than $5 million in gross receipts. Ten of the 15 employees are found to have been spending substantially all of their time in 2018 on qualified research activities with respect to Internal Revenue Code section 41, producing $1 million in qualified research expenses (QREs). Barring any base limitation, the company is a QSB eligible to offset as much as $100,000 of their payroll tax liability starting in the first quarter their payroll tax is due following the quarter in which they filed their income tax return.

If they’re unable to use up all of their R&D credit against their payroll tax in that quarter, the credit would carry forward to subsequent quarters until fully exhausted. If, for example, the same company were to have generated $3 million of QRE, the company could be entitled to the maximum payroll tax benefit in that year of $250,000.

Any amount of credit generated in excess of the $250,000 payroll tax offset maximum would be available to offset income tax liability, or else could be carried forward up to 20 years on the company’s income tax return. If eligible, the company could take advantage of the payroll offset for up to five years.

The opportunities to capitalize on federal incentives for what amounts to large “cash refunds” are few and far between. There are many nuances and restrictions that should best be navigated by a tax professional working in concert with payroll providers. The IRS has provided additional guidance outside of what has been provided in the IRC with respect to logistics on claiming the credit, but these directives still leave some clarity to be desired.

Nonetheless, those savvy enough to seek the benefit can use the savings to further spur their development efforts and growth — which aligns exactly with Congress’s intent.

Identifying your company's qualified research expenses and determining the precise amount of your R&D tax credit can be a complicated, though extremely fruitful, process. BPM's tax experts can help. We’ve successfully guided hundreds of public and private companies through thorough R&D analyses to help them make the best use of their credits. To learn more, contact Andre Shevchuck at [email protected] today.

Andre Shevchuck is managing director of tax at BPM, bringing with him more than 15 years of public accounting experience. As co-leader of BPM’s Research and Development Tax Credit Consulting practice, Shevchuck helps his clients to identify, document and defend their R&D tax credit claims.


Andre is a Partner in BPM’s Specialized Tax Services Practice. As a leader of BPM’s Research and Development (“R&D”) Tax Credit Consulting practice, Andre helps his clients to identify,…