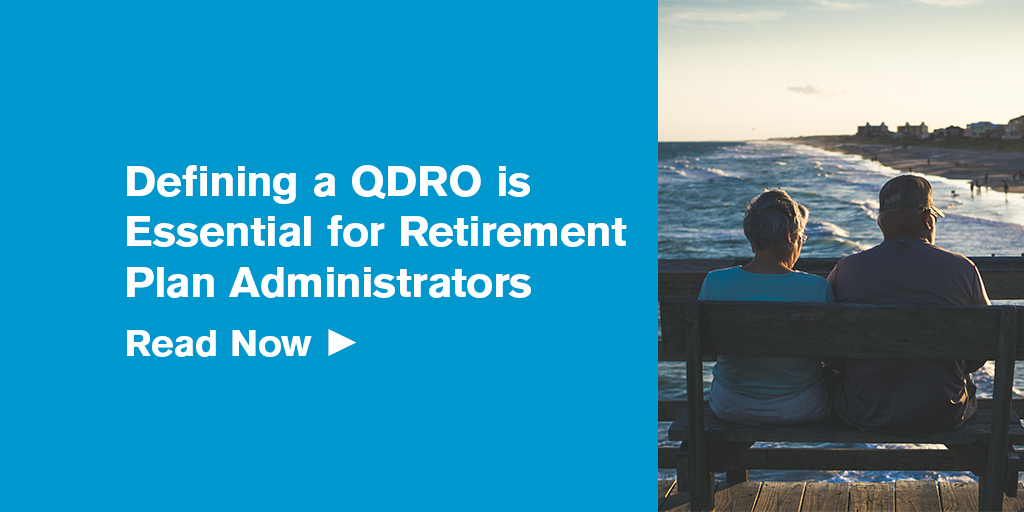 What makes a domestic relations order a qualified domestic relations order, or QDRO? The distinction is essential for retirement plan administrators when deciding whether to accept a state court’s instructions to turn over some portion of a plan participant’s (or, in some cases, a deceased participant’s) retirement plan assets to an “alternate payee.” The difference was part of a legal battle waged by the former spouse of a deceased professional football player covered by the NFL’s retirement plan.

Playing With the Facts

The player and his wife were already divorced when he received a lump sum payout of his pension. He gave one-third of it to his ex-wife as required under their divorce settlement. After the player died, his ex-wife sued to secure a domestic relations order requiring the plan to give her the remaining pension benefits.

However, the U.S. Court of Appeals for the First Circuit ruled that the deceased plan participant had already fulfilled his obligations to his ex-wife when he surrendered one-third of his lump sum distribution. The court found that the ex-wife was “attempting to rewrite the separation agreement to posthumously create new interests” in her former husband’s retirement benefits, and thus the court wouldn’t qualify the domestic relations order.

Plan administrators must determine whether an order satisfies ERISA and Internal Revenue Code rules for qualified status before acting. If it is a QDRO, the administrator must honor it.

An order cannot be qualified if it:

Administrators have some latitude in assessing whether an order is qualified. For example, an ex-spouse might be given similar rights as a current spouse based on tax law rules governing survivor annuities. Another possible example: accelerating payments to an alternate payee. On receipt of an order, the plan sponsor should take immediate steps to freeze loans and distributions of the participant’s benefits during the review period.

Your plan document should set out the rules for qualifying an order. Carefully review all domestic relations orders to determine whether to qualify them, and consult with an ERISA attorney if needed.