Insights
Resources | Insights | It Is Time to Talk About Debt Restructuring

It Is Time to Talk About Debt Restructuring 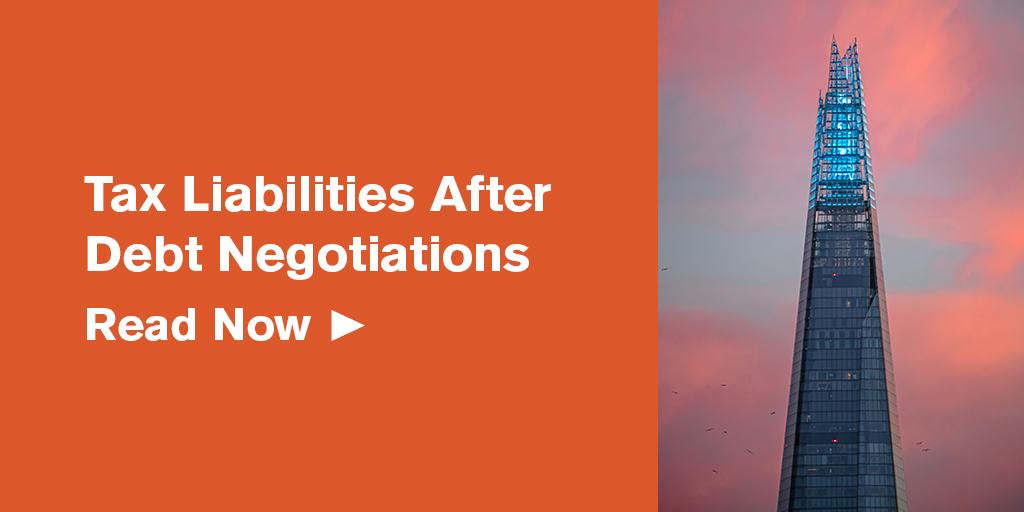 As a consequence of the ongoing 2020 recession sparked by the COVID-19 pandemic, borrowers are increasingly carrying underwater loans at historically high interest rates, worsening the financial burden many are already bearing. Many real estate investors are having conversations with lenders to discuss debt negotiations as a form of financial relief. Whatever the agreement they eventually come to, both parties should be aware that debt modifications can have consequences on their respective tax liabilities. This blog outlines the basic debt restructure model and the potential tax implications of debt modification for both the borrower and the lender.

The first steps in determining the tax implications of a debt restructure is to analyze whether there is a significant debt modification. There are two questions that must be addressed:

As you might guess, determining how to characterize a debt modification for tax purposes often requires a fair bit of interpretation and judgment, so make sure you have a CPA well-versed in this area of tax law on your team to ensure your business is not under or overpaying taxes.

Once it is determined whether there is a significant modification of debt, the next step is to analyze the tax implications for the borrower and the lender. Regardless of which side you are on, it is beneficial to understand the tax consequences for both sides of the transaction to ensure that debt negotiations result in an agreement that appeases all parties involved.

If neither the existing debt nor new debt instrument is publicly traded, debt can be restructured so that no COD income is recognized as long as the interest rate stated on the new debt is at least equal to the prevailing applicable federal rate (AFR) and the principal amount of the debt (including any accrued unpaid interest) remains the same.

If either the old or new debt is publicly traded, the deemed debt-for-debt exchange may trigger the acceleration of original issue discount (OID) income on the old debt and the recognition of a loss to the extent that the new issue price is less than the original tax basis of the old debt. The issuance of the new debt could also create OID income for the lender to recognize as income over the new term of the debt if the FMV is lower than the stated principal amount.

Again, if neither the existing debt nor new debt instrument is publicly traded, debt can be restructured so that the adjusted tax basis of the old debt and the issue price of the new debt are the same as long as adequate interest is stated on the new debt and no gain or loss is recognized upon the deemed exchange.

Debt restructuring conversations can often get complicated the more the terms are modified. The ultimate goal of these discussions is to provide financial relief to the borrower while minimizing any unfavorable tax implications for both the borrower and the lender.

To compete successfully in our challenging recession environment, you must heed the tax implications of your business decisions. Minimizing risks and maximizing savings are significant goals for all businesses, but these actions can be extremely challenging. The professionals in BPM’s Corporate Tax Services group possess deep expertise in tax law as well as extensive experience working with real estate clients to ensure your business meets all of the rules and regulations it faces while also saving as much as it can. Contact BPM Tax Director Michelle Choy to learn more.


Michelle has over 12 years of tax experience split between public accounting and working in-house in the financial services industry. Her expertise is in ASC 740, GAAP, tax planning…