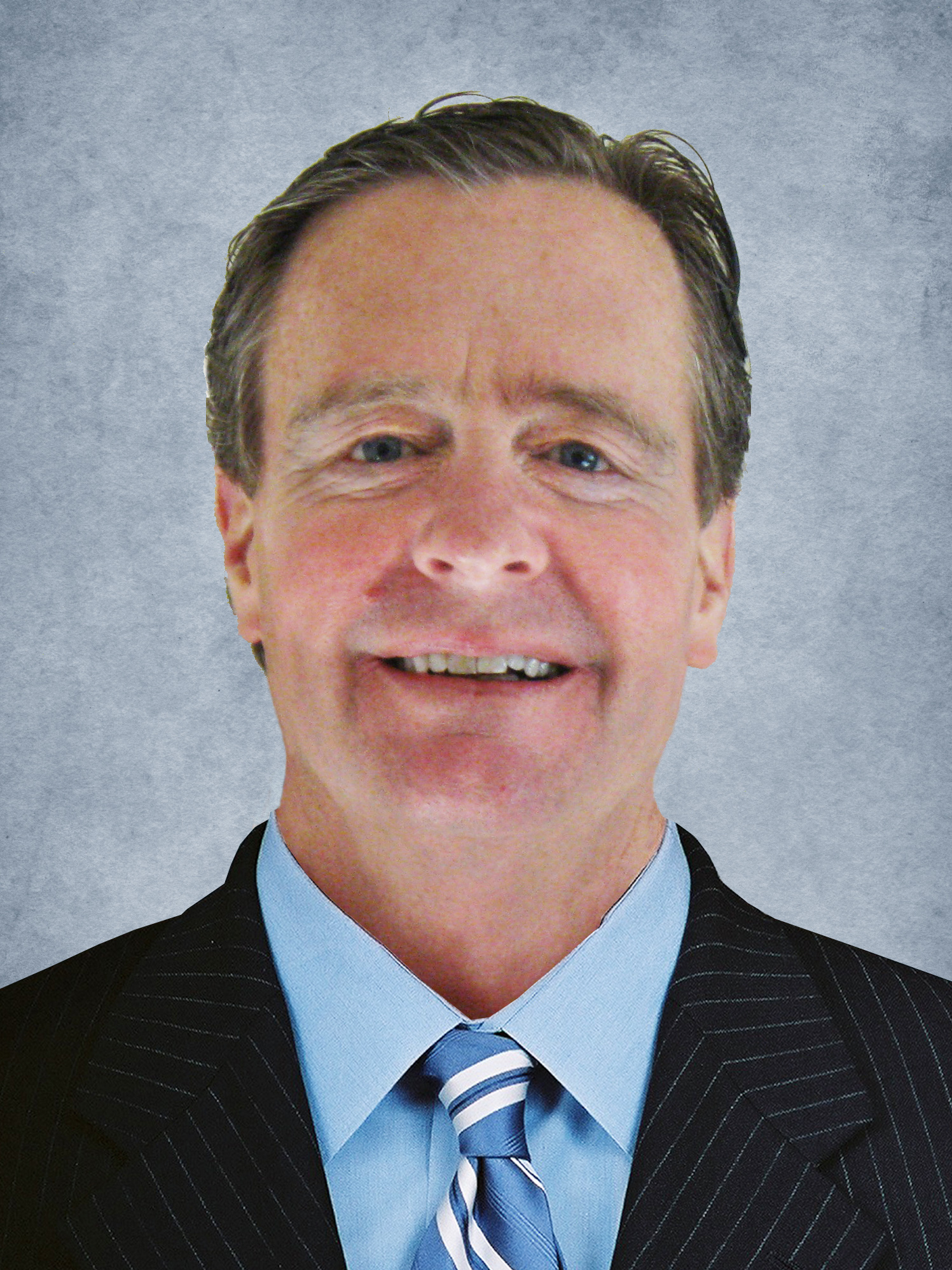 Earlier this year, we had a chance to catch up with Tom Engberg (left), the CEO of Loja Real Estate, LLC. The private equity real estate company based out of the East Bay is one of BPM’s real estate clients, specializing in shopping center investment. Below is a summary of the interview and a few of Tom’s thoughts on the real estate industry coming into 2018.

How Do You See the Overall Real Estate Industry at the Moment?

Well, first of all, I tend not to think of the real estate “industry” as a monolithic thing. Real estate is made up of many subsets and lives in many geographies and movements in these subsets and geographies are not often in parallel. That said, there are indeed macroeconomic factors that affect all real estate sectors, rising or lowering tides that can raise or lower all real estate boats. Job growth and interest rates are two, by way of example.

At the risk of overgeneralization, it is my sense that most sectors of the commercial real estate business are presently fully priced. I think this is true primarily for two reasons. One, fundamentals are solid across most sectors, with some exceptions I will mention later, and, two, there is clearly a flood of capital in the markets holding cap rates down for quality assets and values up. This is especially true in places like the Bay Area where supply is limited, demand seems infinite (it is not) and investment risk is therefore viewed as very, very low.

Are There Any Clouds on the Horizon for Any Sector?

Let’s talk first about where the skies are clear. The strongest commercial real estate sector in most markets right now is industrial. Growth in the sector is driven by what you would expect, namely, the tidal wave of growth in e-commerce, led by Amazon, and the need for warehouse facilities and logistics operations to support it. I was at a conference recently and heard about cap rates for single-tenant industrial properties in the 4s and even 3s in some instances. That stratosphere has heretofore only been occupied by the apartment sector.

People think that Amazon is taking over the world, and it may very well one day, but right now internet sales represent only approximately 11% of total retail sales in America. That means there is a lot of room to grow, which is good news for the industrial sector and to some extent, bad news for bricks and mortar retail.

Residential real estate continues its strong march with demand outpacing supply in many markets and rents in a seemingly inexorable upward spiral. Some markets, however, are becoming oversupplied and residential rents are less elastic than, say, office rents because they are tied to wages which have been somewhat stagnant until recently.

Speaking of office space, I see some vulnerability here. There seems to be a structural oversupply in the U.S. with national vacancy rates hovering near 16%, where they have been for some time. This issue is magnified by ever-lessening need for space by office workers. Shared workspace is becoming more common and there is less need for physical storage space.

Retail, the sector I am in, may be the most vulnerable but perhaps not for the reasons you would think. Many, both inside and outside the real estate business, think Amazon and other e-commerce purveyors are killing bricks and mortar retail. No one in their right mind would deny the impact. But, I am one who believes that even if we had no internet, there would be pain and suffering in the retail real estate sector. Why? Two reasons. One, we have too much physical retail space in America. I am of a mind that we need roughly 30% less of it in the U.S. today. Much retail space needs to be plowed under or put to other uses (and I hope I don’t own any of it!). By some measures, we have six times the amount of retail space per capita in the U.S. compared to the per capita amount in the UK and 10 times more than elsewhere in the western world. The other reason I think retail is suffering is because some retailers fail to keep up with the constant and very rapid change in consumer tastes, desires and needs. For an example here, think Sears.

That said, I like retail as an investment sector. Perhaps I have to think this to justify our investment thesis and platform but truly, brinks and mortar retail will not be departing this earth. The best is evolving and the best investments are those that have evolved (or that you can cause to evolve). Moreover, being somewhat of a contrarian in our investment philosophy, we have found opportunity amidst this adversity in retail and expect to continue to do so.

What Is the Future of the Shopping Malls?

Malls today fall into three basic categories, “A”, “B” and “C.” “A” malls are thriving and will continue to do so if owners/ managers keep up with the times. Examples of those that will survive and thrive are the urban centers like Westfield’s San Francisco Center and strong suburban centers like at Stanford and Broadway Plaza in Walnut Creek. These malls are buoyed by strong, supply constrained locations in affluent trade areas with top notch merchants and restaurants. “A” Malls have a bright future.

“B” malls may not be long for this world unless they are reconstituted and/or redeveloped with additional/alternative uses. Sun Valley Mall in Concord is an example. The mall is getting somewhat—maybe very—long in the tooth and probably needs to be de-malled (i.e. opened up and maybe downsized by half with the balance of the land used for high density residential). The real estate is excellent. The current use is not.

“C” malls need to be transitioned. Many will, or should be, literally plowed under and the land put to other uses. Some mall properties in the hinterlands may need to return to the use from whence they came—cornfields.

Do You See Interest Rates Rising in 2018 and What Impact Will That Have on Real Estate?

I do see interest rates going up in 2018 and this will have some effects on cap rates, obviously, as spreads between cap rates and treasury rates narrow a bit. But, overall I don’t see this as having a major impact in the near term, especially here in the Bay Area.

Do You See the New Tax Law Impacting Real Estate?

What is interesting is that late last year, deal velocity slowed down as I think people were wondering what would be in the new tax law. Now that the law has been enacted, deal velocity has clearly picked up. For now, I don’t think the new law will have a significant impact on the industry… certainly not like in 1986.

Have You Been Seeing Any New Investors Coming into the Market?

Generally, I have not noticed any significant new investors coming into the market. Mostly, I see the usual players looking to invest more capital in the U.S. As it has been the case for many years now, there is a tremendous amount of capital chasing fewer deals than it can satisfy capital needs. This has helped hold values up, particularly in stable coastal markets. Capital is getting a bit more skittish about secondary and tertiary markets and cap rates are, appropriately, reflecting this.

Is There Anything Else You Are Particularly Following at the Moment?

Yes, two things are of great interest to me right now. One is the cage match between Amazon and Walmart. Walmart is aggressively expanding its e-commerce business having acquired Jet.com last year for $3 billion and announcing a capital commitment of some $11 billion over the next two years to its e-commerce strategy. Walmart thinks it will grow with that strategy in sales by an astounding 40% in fiscal 2019. And Walmart is partnering with Google to scale the lucrative voice business and compete with Amazon’s Echo. Meantime, and ironically, Amazon has made a major push into the bricks and mortar business with its acquisition of Whole Foods. Now there is talk—and it is only talk and not coming from either company—that Amazon may want to acquire Target. I actually think that tie up would be tremendous for both companies, bolstering Amazon’s physical footprint and helping Target to re-find its way.

The other trend we watch closely, and that I also find fascinating to watch, are the grocery store wars. We are heavily invested in grocery anchored properties so clearly we have a keen interest in what is happening in this sector.

Over the past few years, the market has bifurcated with more specialization and niche operators on one end, such as Trader Joe’s, Sprouts and Natural Grocers, and more generalization/ mass merchandising, such as Walmart and Costco, on the other end. The conventional grocers such as Safeway and Kroger are the ones being squeezed in the middle (although, parenthetically, Kroger is managing to fare pretty well). Some of the conventionals are being squeezed out or swallowed up in consolidations. I see this continuing and accelerating. The grocery business is fluid and changing rapidly. We pay very close attention to it.

As a side note, Costco is an interesting story. I am a Costco addict and there are many others like me. My wife won’t let me shop there anymore without supervision, ever since the time I was sent to get some groceries and came back with a TV. Costco thrives from people like me, treasure hunters and impulse shoppers. TJ Maxx is another retailer with a similar approach. Neither has much presence on the internet proving that with a fresh approach, a retailer that is responsive to consumers’ wants and needs, bricks and mortar retailers can thrive.

Jackie Matsumura is a partner and the real estate industry group co-leader at BPM. Jackie has represented Loja Real Estate for over 7 years. Contact Jackie at [email protected] or 925-296-1035.


Jackie has over 25 years of experience in public accounting, seven of which she spent at an international tax firm, and she is the practice group leader of BPM’s…